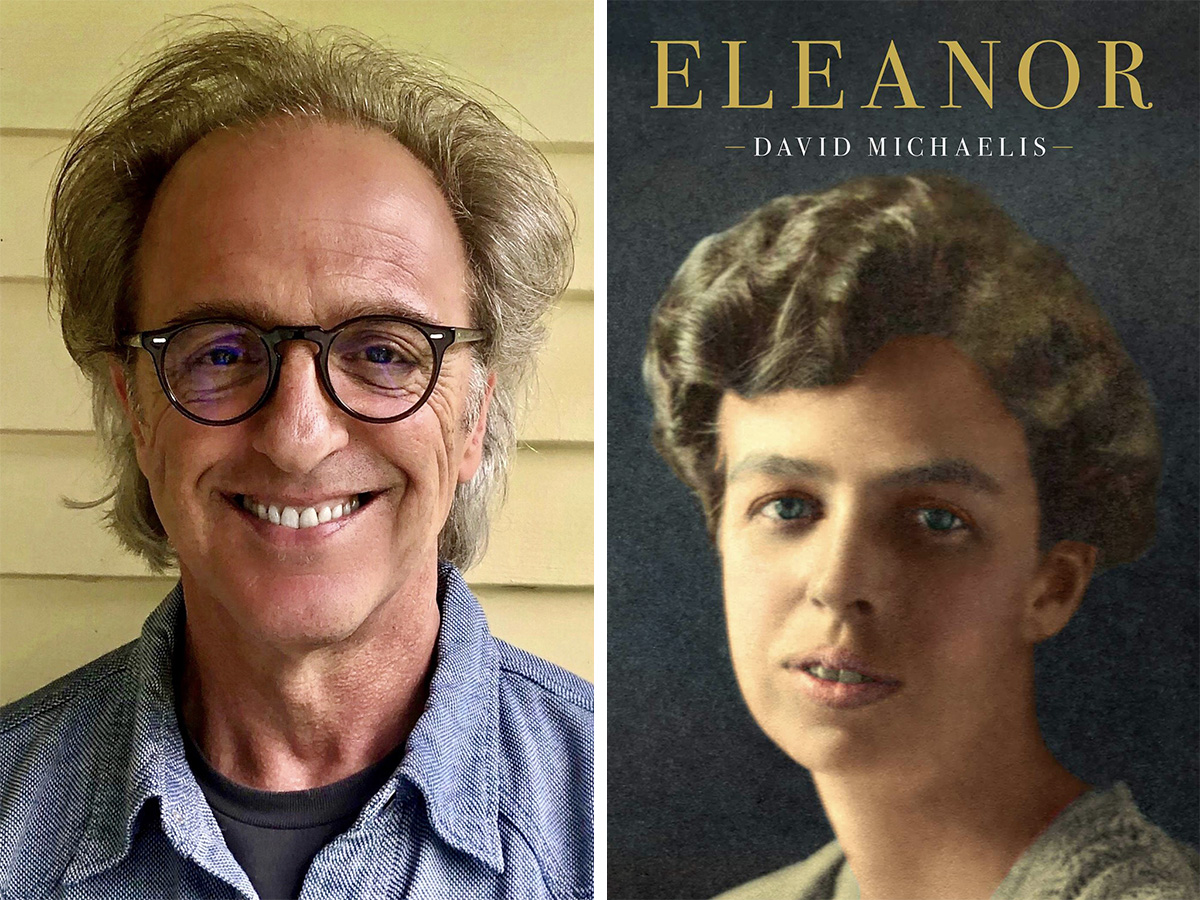 Retired Men's Association of Greenwich (RMA) and Greenwich Library invite you to a webinar presentation, Eleanor with David Michaelis, on Dec 9 at 11:00 a.m.
CLICK HERE to view the webinar.
About Eleanor: When David Michaelis met First Lady Eleanor Roosevelt, he was four years old and couldn’t have known that he’d later devote 11 years to studying the great “white-haired lady.” Backstage at the WGBH-TV studio where his mother produced Eleanor’s show, Prospects of Mankind, he simply asked her for a stick of Juicy Fruit gum. Now with Eleanor, Prizewinning biographer David Michaelis pulls back the curtain and delves into Roosevelt’s inner life as never before with this revelatory, intimate, and bold new cradle-to-grave look at one of the 20th Century’s greatest figures. Eleanor Roosevelt spent most of her life in the spotlight, rising from a shy, self-conscious girl from a well-known wealthy family to an iconic First Lady and activist, yet few really knew her. Featuring new interviews and resources that no biographer has previously referenced, Michaelis recounts Eleanor’s troubled childhood with an alcoholic father and affectless mother, her complicated marriage, and partnership with the great President Franklin Delano Roosevelt, her trailblazing 12 years as First Lady, and her humanitarian accomplishments.
Eleanor chronicles not only the timeline of her life and achievements, such as guiding the drafting of the United Nations’ Universal Declaration of Human Rights but gives us a universally relatable story of a great woman’s lifelong search for love. Michaelis has a lively cinematic style and the lengthy odyssey flies by, as many of the best biographies do, and reaffirms her as an epic perennial figure of democracy whom the world treasures. This masterful depiction promises to be the definitive biography of Eleanor Roosevelt, in the vein of David W. Blight’s biography of Frederick Douglass and Ron Chernow’s of Ulysses S. Grant.
David Michaelis is the New York Times bestselling author of Schulz and Peanuts and N. C. Wyeth, which won the Ambassador Book Award for Biography. His writing has appeared in Vanity Fair, American Heritage, LIFE, Reader’s Digest, American Scholar, and Best American Essays. He lives in Westchester County, New York with his extended family. For more information visit, davidmichaelis.com.
Praise for Eleanor:
The Greenwich Retired Men’s Association offers a free Webinar program every Wednesday at 11:00 a.m. For additional information see www.greenwichrma.org or contact us by e-mail at info@greenwichrma.org.