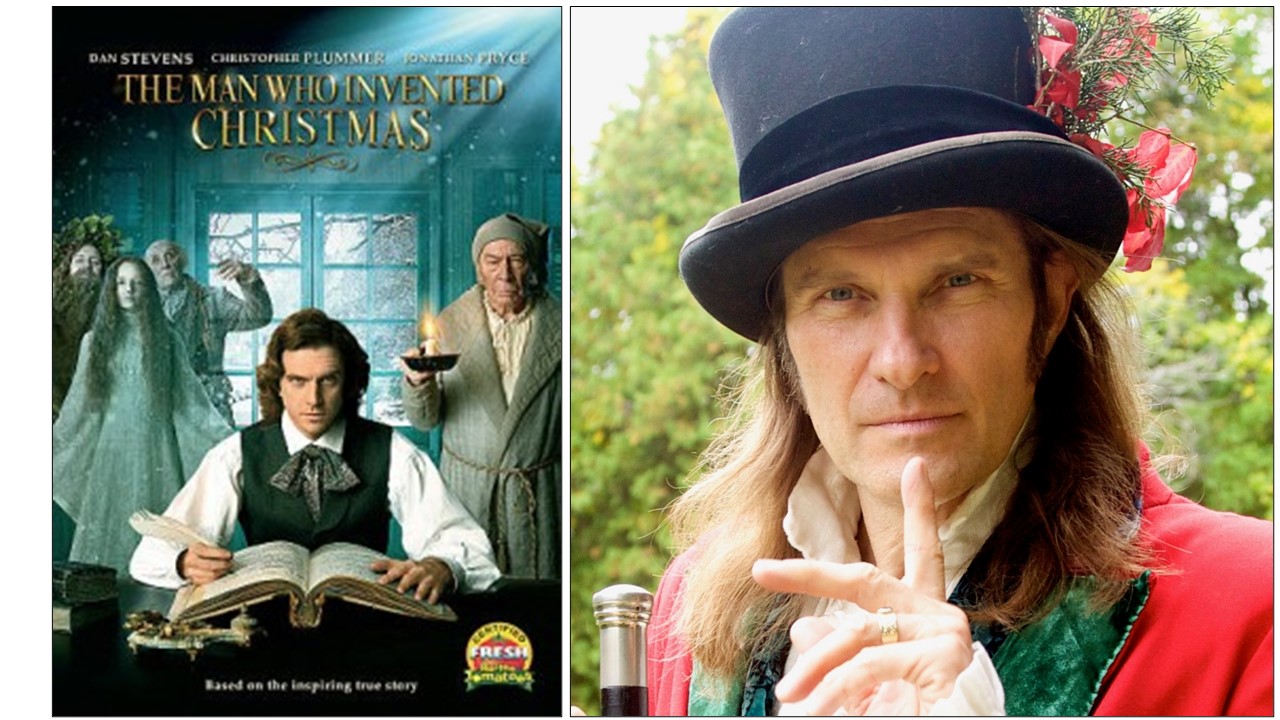 Register to receive a Zoom Meeting Join Link and password.
Just us for a special, holiday version of the Friends Friday Film Reel Talk -- we are finishing the 2020 Film Season with a unique twist. We will have a brief film discussion of the film, The Man Who Invented Christmas (available to Greenwich Library cardholders free through Kanopy) + a live, virtual Christmas Carol retelling with Master Storyteller, Jonathan Kruk.
About Jonathan Kruk: The New York Times describes Jonathan Kruk as "having a way with the spoken word, the telling gesture, the sprinkling of humor, and the appropriate costume for a smorgasbord of stories." Celebrating 30 years of experience as a Master Storyteller, Kruk is renowned for his performances of A Christmas Carol and has been featured on The Today Show, CBS Sunday Morning, The Travel Channel, and BBC. Using a treasure trove of voices and gestures, Kruk creates over 30 characters to inhabit Dickens' beloved classic. The result is a singular show, intimate, and imaginative. Performing in Dickensian garb, the Kruk creates gripping vignettes with dynamic dialogue, quickly transforming into Scrooge, Cratchit, Marley, Tiny Tim, and all the spirits.
The Man Who Invented Christmas (2017) Directed by Bharat Nalluri. Starring Christopher Plummer, Dan Stevens, Mark Schrier, Patrick Joseph Byrnes, and Jonathan Pryce. This is the story of the magical journey that led to the creation of Ebenezer Scrooge, Tiny Tim, and the other many characters of A Christmas Carol. Charles Dickens (Dan Stevens) mixed real-life inspirations with his vivid imagination to conjure up unforgettable characters and a timeless tale, forever changing the holiday season into the celebration we know today.
Access to Friends Friday Films virtual streaming is free to patrons with a Greenwich Library card, using Kanopy. This series is made possible by contributions to the Friends of Greenwich Library.
To get early access to the Library's Friday Films events, sign up here for the Friday Films email newsletters.