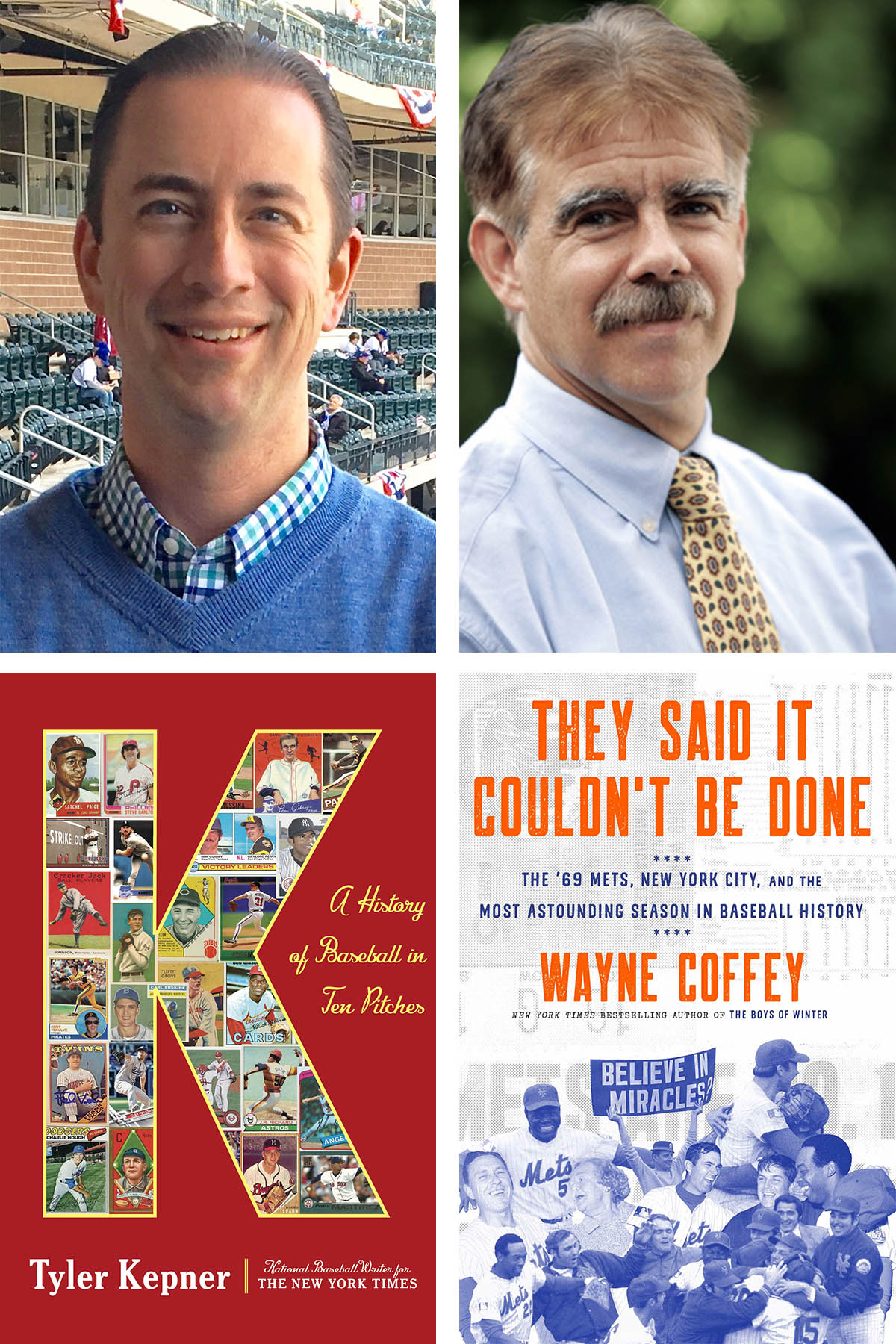 **NEW LOCATION** This program will take place in the COLE AUDITORIUM**
Join us for an evening of baseball history with New York Times national baseball writer Tyler Kepner and New York Daily News sportswriter Wayne Coffey who will read from and discuss their new books.
Tyler Kepner's book K: A History of Baseball in Ten Pitches takes a deep dive into the stories, stats, folklore, and nostalgia behind America’s pastime. It traces the colorful stories and fascinating folklore behind the ten major pitches. Each chapter highlights a different pitch, from the blazing fastball to the fluttering knuckleball to the slippery spitball. Infusing every page with an infectious passion for the game, Kepner brings readers inside the minds of combatants sixty feet, six inches apart.
Kepner started covering baseball as a teenager, interviewing players for a homemade magazine that was featured in The New York Times in 1989. He attended Vanderbilt University on the Grantland Rice/Fred Russell sportswriting scholarship, then covered the Angels for the Riverside (Calif.) Press-Enterprise and the Mariners for the Seattle Post-Intelligencer. He joined The New York Times in 2000, covering the Mets for two seasons, the Yankees for eight, and serving as the national baseball writer since 2010.
Published to commemorate the 50th anniversary of the 1969 Mets season, Wayne Coffey's book They Said it Couldn't Be Done; the '69 Mets, New York City, and the Most Astounding Season in Baseball History is the stirring, sweeping account of the '69 Mets as it has never been told before-against the backdrop of the space race, Stonewall, and the Vietnam War, set in an ever-changing New York City.
Coffey, one of the country's most acclaimed sports journalists co-wrote R.A. Dickey's bestselling Wherever I Wind Up and is the author of the bestseller The Boys of Winter.