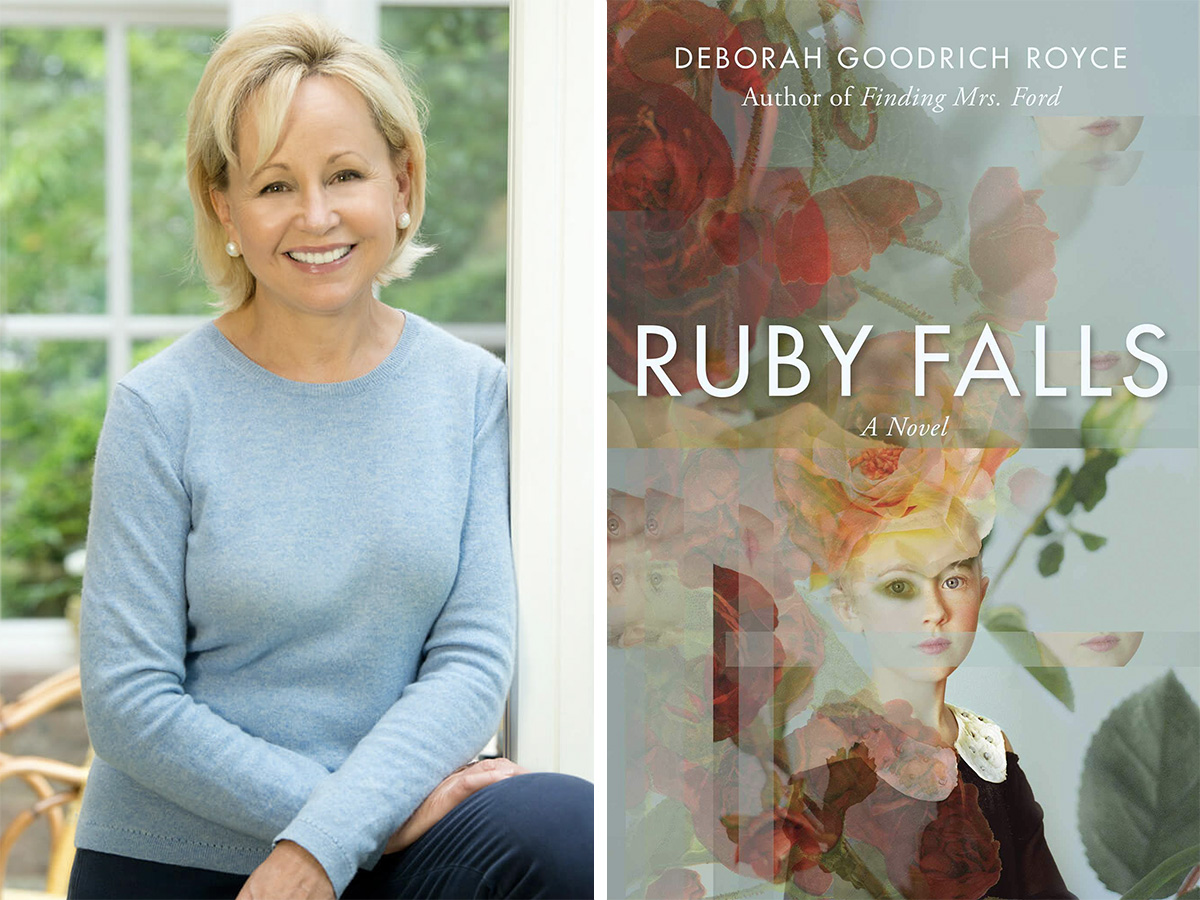 Register to receive a link to the pre-recorded interview, which will go live on Wednesday, May 26 at 7:00 pm. Subscribe to the Library's YouTube channel to watch at your convenience.
AuthorsLive is excited to welcome former actress, story editor, and veteran author of Finding Mrs. Ford, Deborah Goodrich Royce, to discuss her new chilling psychological thriller Ruby Falls, a nail-biting tale of a fragile young actress, the new husband she barely knows, and her growing suspicion that the secrets he harbors may eclipse her own. Ms. Royce will be in conversation with Cos Cob Library branch manager Laura Matthews.
CLICK HERE to buy a signed copy of Ruby Falls, courtesy of Diane's Books, Greenwich.
On a brilliantly sunny July day, six-year-old Ruby is abandoned by her father in the suffocating dark of a Tennessee cave. Twenty years later, transformed into soap opera star Eleanor Russell, she is fired under dubious circumstances. Fleeing to Europe, she marries a glamorous stranger named Orlando Montague and keeps her past closely hidden.
Together, Eleanor and Orlando start afresh in LA. Setting up house in a storybook cottage in the Hollywood Hills, Eleanor is cast in a dream role—the lead in a remake of Rebecca. As she immerses herself in that eerie gothic tale, Orlando’s personality changes, ghosts of her past reemerge, and Eleanor fears she is not the only person in her marriage with a secret.
In this thrilling and twisty homage to Daphne du Maurier’s Rebecca, the story ricochets through the streets of Los Angeles, a dangerous marriage to an exotic stranger, and the mind of a young woman whose past may not release her.
“Royce’s prose is taut and propulsive. Ruby Falls inhabits a hallucinatory Hollywood where fact and fiction mingle freely and even the smallest acts can feel ominous...an enjoyable pastiche with plenty of twists and turns.” - Kirkus Reviews
Ruby Falls was named one of the 20 most riveting books of spring 2021 by Veranda Magazine.
Deborah Goodrich Royce’s first novel, Finding Mrs. Ford, debuted in 2019 to rave reviews. She divides her time between the Northeast and Florida, where she writes, reads, watches a lot of movies and spends time with her family. Deborah serves on the governing and/or advisory boards of the Avon Theatre, the American Film Institute, New York Botanical Garden, the Greenwich International Film Festival, the Greenwich Historical Society, the Preservation Foundation of Palm Beach, the Preservation Society of Newport, and the PRASAD Project. She and her husband have restored more buildings than she can count, including the Ocean House Hotel, and the Deer Mountain Inn.
Date with an Author and AuthorsLive is made possible through the support of the Greenwich Library Board of Trustees and contributions by generous donors. For more information, please visit greenwichlibrary.org/authorslive.
To get early access to all the Library's AuthorsLive events, sign up here for AuthorsLive e-mail newsletters.