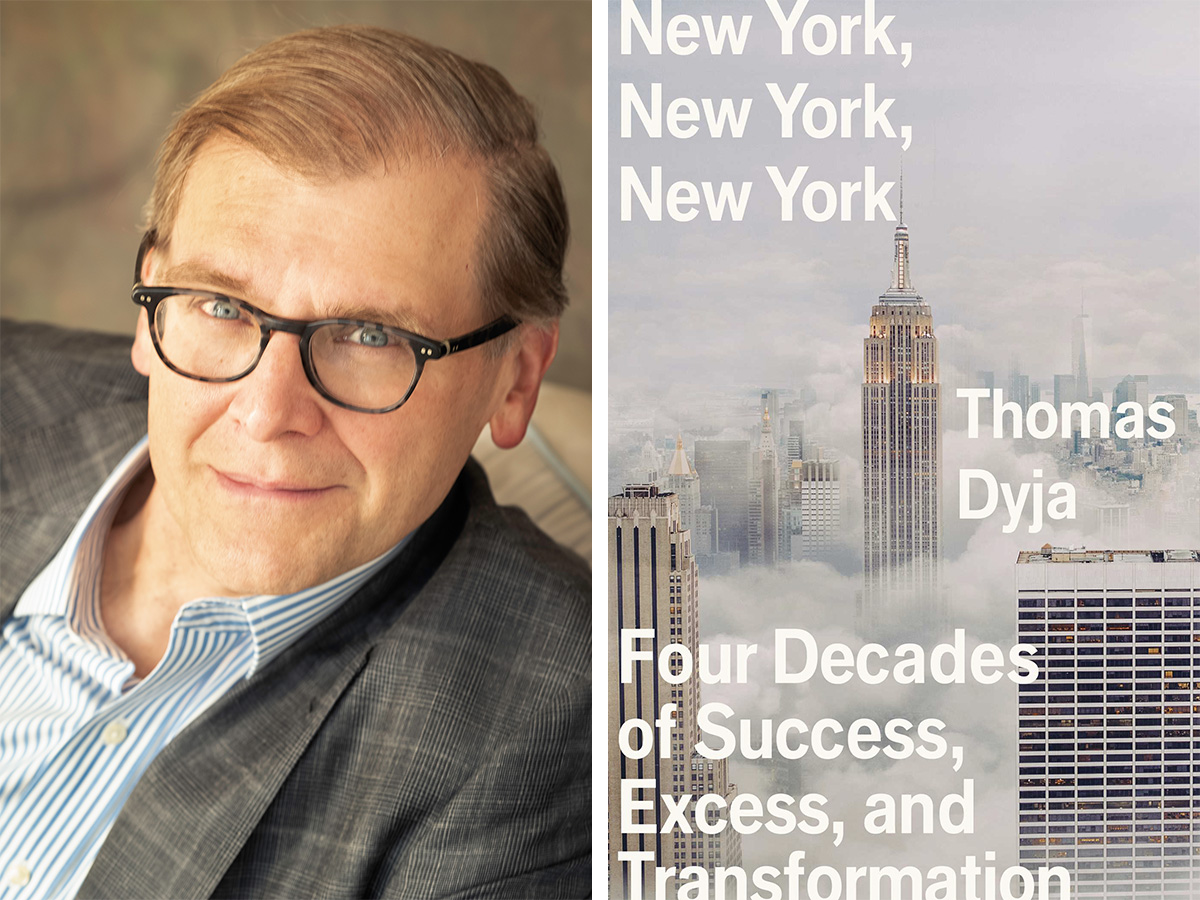 Retired Men's Association of Greenwich (RMA) and Greenwich Library invite you to a webinar presentation, New York, New York, New York with Tom Dyja, on Apr 7th at 11:00 a.m.
CLICK HERE to view the webinar live, on Apr 7th at 11:00 a.m.
[if prompted: meeting ID 852 7932 4292 ; passcode 514415]
In his latest work, New York, New York, New York, Dyja takes on the ever-complex, ever-riling titan: the Big Apple.
Dyja is a smooth hybrid: he has the elegant prose and spot-on character descriptions of a novelist (which he is, having penned three), yet the exacting forensic skills of a historian when dissecting the dense worlds of political bureaucracy or charting events against the broader societal forces. New York, New York, New York is the combination of Ed Glaeser’s Triumph of the City and Tom Wolfe’s Bonfire of the Vanities. It’s a thrill-ride into the excesses and underbelly of New York’s high and low society, as well as a fascinating, often surprising study of how the city became what it is today—for better (the stronger economy, cleaner public spaces) or worse (gentrification, police brutality).
Dyja highlights the New Yorkers who made this city a de facto capital of the world: from Hip Hop crews to Wall Street bankers; from D.V. to Jay-Z; from Tina Brown, Andy Warhol, Woody Allen, Donald Trump, and Bloomberg, to hipsters, community organizers, immigrants, and more. His masterful, sweeping account is for those wanting to understand the city’s metamorphosis from the 1970s to the present day (and, perhaps for some longtime residents, wax nostalgic)—and also for those asking what’s next. How did 9/11 and the AIDS crisis transform NYC? And what will be the aftermath of Covid-19 for this city and for cities in general?
In Thomas Dyja’s previous book The Third Coast (2013), he took on the city of Chicago and earned such accolades as a New York Times Notable book, One Book One Chicago selection, American Society of Landscape Architects Best Books choice, and a Heartland Prize for Non-fiction. Urbanist Thomas Dyja is a key expert for the moment who provides us with a thoroughly researched, colorful, definitive account of an era in New York, New York, New York.
Copies of New York, New York, New York are available through Diane’s Books in Greenwich.
Praise for New York:
Thomas Dyja worked in publishing for more than a decade before becoming a writer. Along with editing four anthologies, he’s written three novels, a biography of civil rights pioneer Walter White and The Third Coast: When Chicago Built the American Dream, a New York Times Notable Book, One Book One Chicago selection, and winner of the 2013 Heartland Prize for Non-fiction. A Chicago native, he lives on the Upper West Side with his wife, literary agent Suzanne Gluck. For more information, visit thomasdyja.com.
The Greenwich Retired Men’s Association offers a free Webinar program every Wednesday at 11:00 a.m. For additional information see www.greenwichrma.org or contact us by e-mail at info@greenwichrma.org.
To get early access to all the Library's AuthorsLive events, sign up here for AuthorsLive e-mail newsletters.