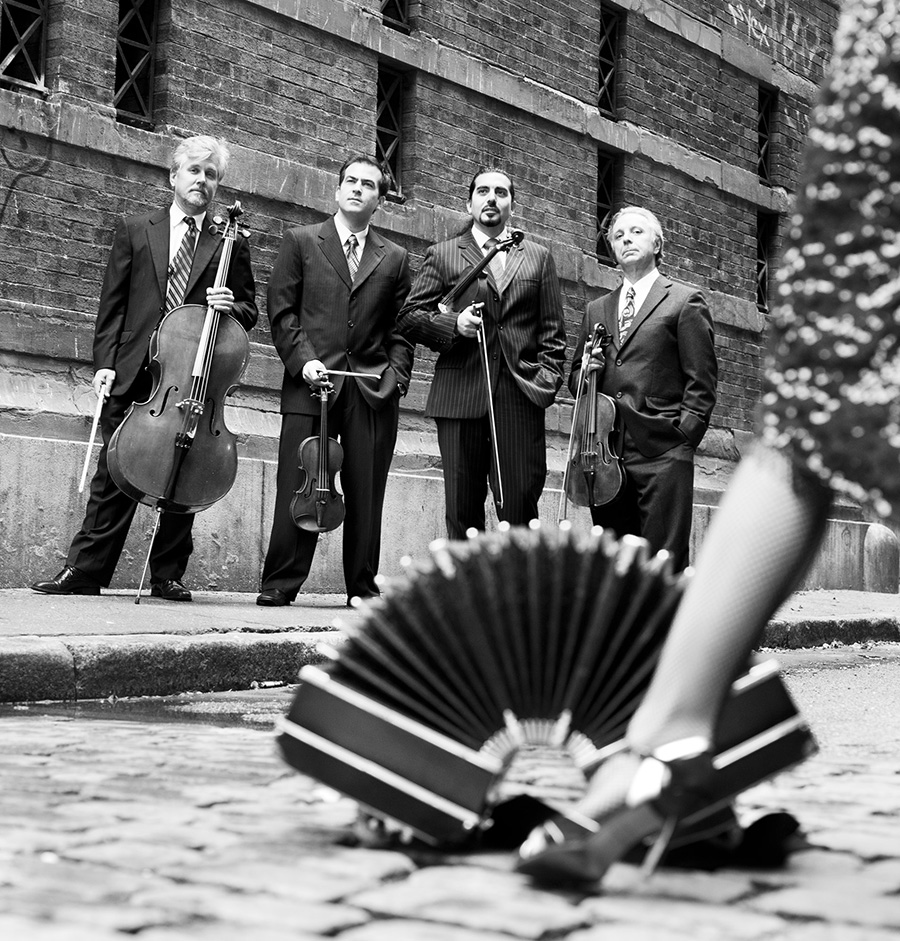 This event is FULL. Doors will open at 2:45 pm. Registered patrons must be seated by 3:20 pm or seats will be released to patrons on the event standby line. A standby line will form outside the Cole Auditorium and patrons will be seated on a first come, first served basis as space allows.
Leonardo Suárez Paz leads the Grammy-Award nominated Cuartetango string quartet to the forefront of 21st century Nuevo Tango, following in the footsteps of his mentor, the revolutionary composer Astor Piazzolla, along whose side he had grown up. A “virtuoso extraordinaire on the violin” (Wynton Marsalis), Mr. Suarez Paz is a 4th generation Tango artist who brings forth a new vision of Argentina’s rich culture with an “ingenious musical concept,” (The Day, CT) - a classical string quartet, which “personifies and embodies the authentic spirit of Tango” (Latin Grammy).
Cuartetango has been featured in the Sala Grande of the Teatro Colon Opera House in Buenos Aires, the Lincoln Center for the Performing Arts and The Metropolitan Museum in New York, Chautauqua Institution, Cleveland Museum of Art, Buenos Aires Tango Festival, on PBS, WQXR, National Radio in Argentina and live at the 13th Latin Grammy Awards Ceremony, following a double nomination for it's 2012  album "Masters of Bandoneon," as Best Tango Album and Best Classical Contemporary Composition.
Two dancers will be appearing with Cuartetango during the performance at Greenwich Library's Cole Auditorium.
Registration is required for this event starting February 25.
We expect a large crowd for this performance, so please allow plenty of extra time for parking and consider carpooling.
Doors will open at 2:45 PM. Registered patrons must be seated by 3:20 p.m. in order to hold their seat or it will be released to patrons on the event standby line.
If your plans change and you can no longer attend, please email news@greenwichlibrary.org to cancel.