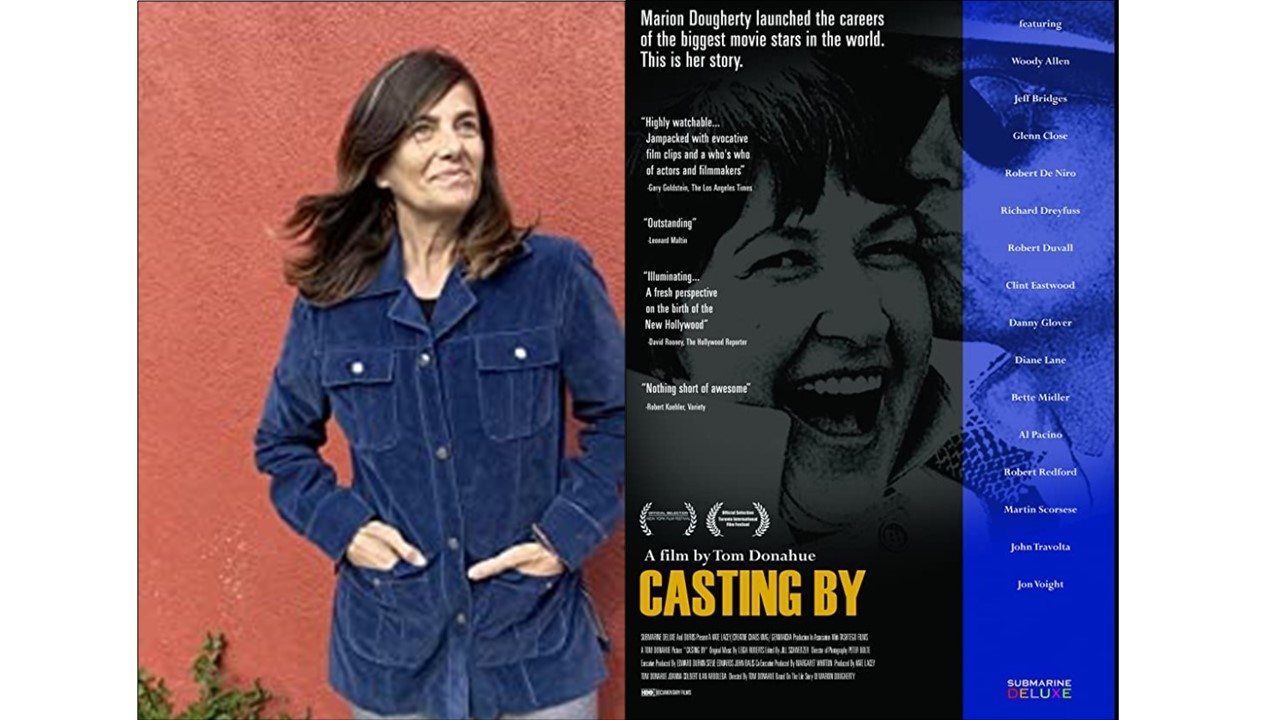 Please register for the Zoom Link.
Don't miss the chance to meet (via Zoom) one of the producers and a casting director from the Hollywood Industry, Joanna Colbert. Ms. Colbert will provide insight into this fascinating documentary, the larger-than-life character of Marion Dougherty and what it's like to be a casting agent in today's Hollywood. Come with your own questions for this industry insider. Join us for a discussion on the art of casting directors and their critical importance to filmmaking.
Casting By (2013) Directed by Tom Donahue. This documentary focuses on the achievements of casting guru Marion Dougherty and how she and other casting professionals contributed to the mastery of filmmaking of some of our most beloved movies.
Joanna Colbert began her career as an assistant to Juliet Taylor in New York City where she worked on many Woody Allen films. In 1994, under the mentorship of Taylor, Colbert conducted a nationwide search which resulted in the casting of Kirsten Dunst in her role in Neil Jordan's Interview with a Vampire. Colbert then went on to Universal Pictures as Manager of Casting and then Senior VP of Casting. In 2001 she formed Joanna Colbert Casting. In all, Colbert has been involved in casting more than 50 films including The Good Girl, No Strings Attached, Warm Bodies, Hollywoodland, The Wackness, Cedar Rapids, Must Love Dogs, and the Step-Up franchise. Colbert is one of the producers of the critically acclaimed Emmy nominated HBO documentary, Casting By. In 2010, she formed the casting and production company, Filmsocial. Colbert is a graduate of Trinity College in Hartford, Connecticut, as well as the California Institute of the Arts Dance program.
Access to Friends Friday Films virtual streaming is Free to patrons with a Greenwich Library card, using Kanopy. This series is made possible by contributions from the Friends of Greenwich Library.
To get early access to the Library's Friday Films events, sign up here for the Friday Films email newsletters.