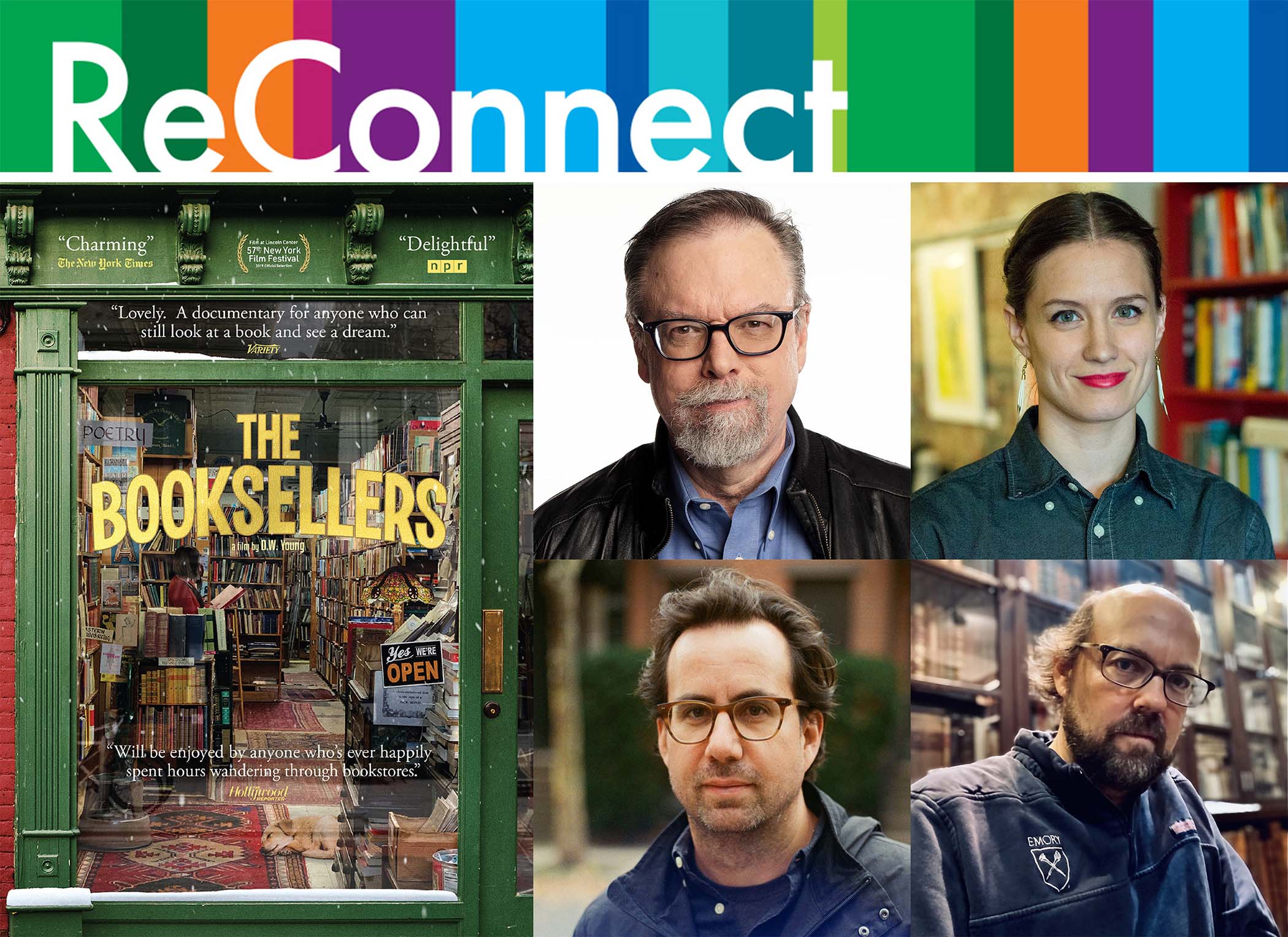 Register for the join link and password.
Join the Friends of Greenwich Library for a panel discussion to complement a pre-screening of the film The Booksellers, which is available for viewing through the Library’s Digital Library.
Antiquarian booksellers are part scholar, part detective, and part businessperson, and their personalities and knowledge are as broad as the material they handle. They also play an underappreciated yet essential role in preserving history. The Booksellers takes viewers inside their small but fascinating world, populated by an assortment of obsessives, intellects, eccentrics, and dreamers.
The panel discussion will be moderated by Colin McEnroe, columnist, and radio personality. McEnroe will be joined by D.W. Young, the film’s director; Dan Wechsler, one of the film’s producers, and Rebecca Romney, a rare book dealer featured in the film.
Colin McEnroe is a popular Connecticut writer and radio personality and currently hosts the daily WNPR show, The Colin McEnroe Show. He writes a weekly column and a newsletter for Hearst CT Media. His work has appeared on The New York Times Op-Ed Page and in Mirabella, Best Life, Cosmopolitan, Forbes FYI , and Mademoiselle.
Rebecca Romney is a rare book dealer based in the Washington D.C. area, where she co-founded the firm Type Punch Matrix. She is the author of Printer's Error: Irreverent Stories from Book History. Since 2011, she has been the book specialist on the HISTORY Channel’s hit Pawn Stars.
A native New Yorker, Dan Wechsler is a rare bookseller, publisher, and filmmaker. His documentary More Than the Rainbow premiered at DOC NYC in 2012 and later screened as the opening night film at the Coney Island Film Festival where it won the award for Best Documentary.
D.W. Young is a filmmaker whose work has screened at festivals around the world. His features include the documentary A Hole in a Fence and the narrative The Happy House, and his shorts include Not Interested, A Favor for Jerry, and A Body of Language for The New Yorker. His most recent film, The Booksellers, premiered at the New York Film Festival in 2019 and is currently in release worldwide.
Patrons are encouraged to watch the film in advance on Kanopy, available to Greenwich Library cardholders on the Digital Library. Click here to watch the film.
For more information about the film visit www.booksellersdocumentary.com.
ReConnect Greenwich Library is available to all at no charge through the support of the Greenwich Library Board of Trustees and generous donors.