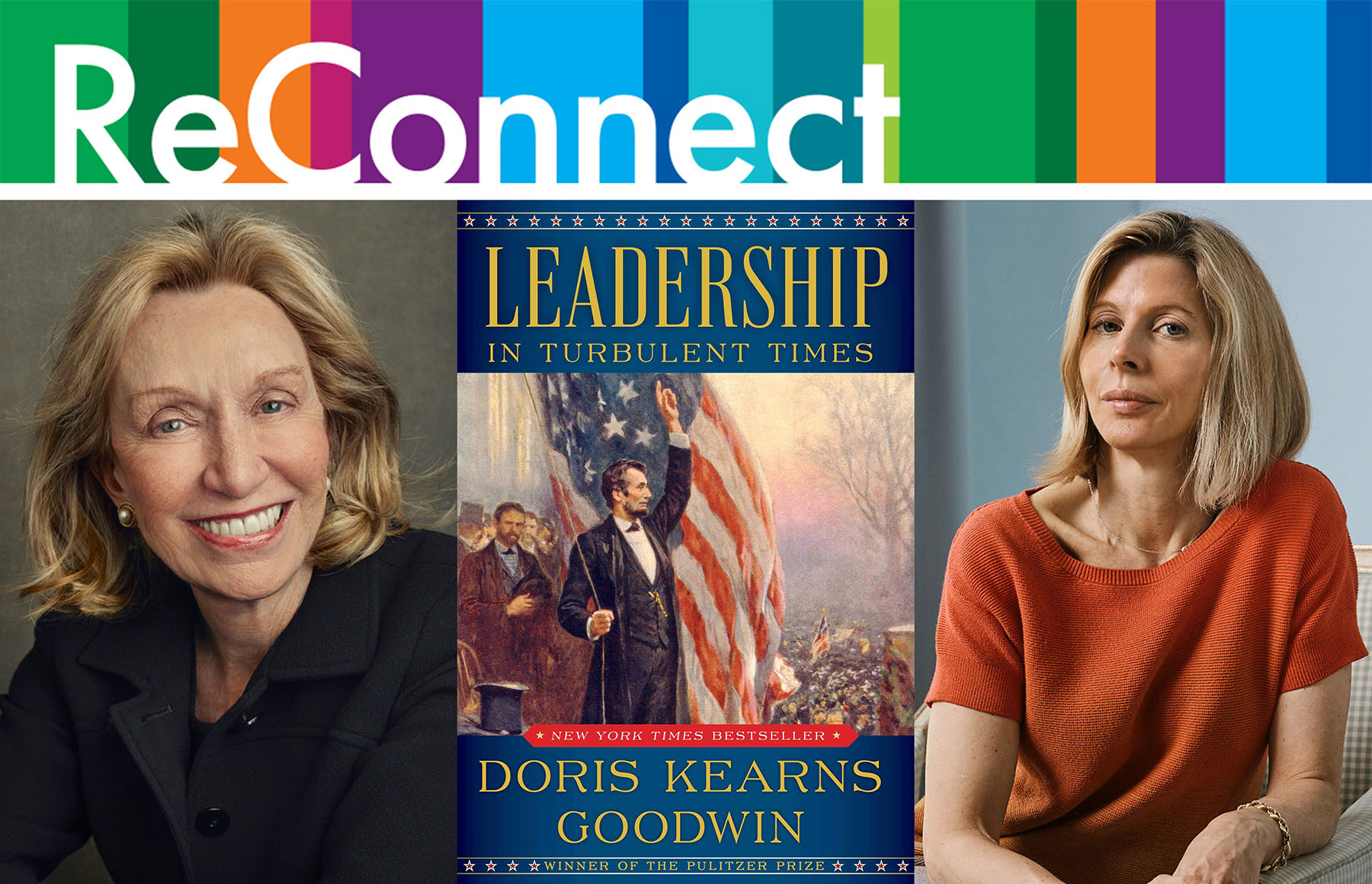 Register for the join link and password.
Join us to hear from Doris Kearns Goodwin, world-renowned presidential historian, public speaker, and Pulitzer Prize-winner and New York Times bestselling author. Sarah Lyall, a noted journalist with The New York Times, will join Goodwin in a conversation around themes in her recently published book, Leadership in Turbulent Times, including the 2020 Presidential Election and inauguration and the U.S. impact on world affairs.
Audience Q&A will follow the conversation from 8-8:30 pm.
Goodwin’s career as a presidential historian and author was inspired when as a 24-year-old graduate student at Harvard she was selected to join the White House Fellows, one of America’s most prestigious programs for leadership and public service. Goodwin worked with Johnson in the White House and later assisted him in the writing of his memoirs. She then wrote Lyndon Johnson and the American Dream, which became a national bestseller and achieved critical acclaim. Goodwin was awarded the Pulitzer Prize for No Ordinary Time: Franklin and Eleanor Roosevelt: The Home Front in World War II.  The Fitzgeralds and the Kennedys was adapted into an award-winning, five-part television miniseries.  Her memoir Wait Till Next Year is the heartwarming story of growing up loving her family and baseball. Her sixth book, The Bully Pulpit: Theodore Roosevelt, William Howard Taft, and the Golden Age of Journalism, won the Carnegie Medal. Goodwin’s Team of Rivals: The Political Genius of Abraham Lincoln served as the basis for Steven Spielberg’s hit film Lincoln and was awarded the prestigious Lincoln Prize, the inaugural Book Prize for American History, and the Lincoln Leadership Prize.
Well known for her appearances and commentary on television, Goodwin is frequently seen in documentaries including Ken Burns’  The History of Baseball and The Roosevelts: An Intimate History, and on news and cable networks.
Sarah Lyall is a writer at large for The New York Times, writing for the sports, culture, media, and international desks. One of the most gifted and versatile writers at The Times, Ms. Lyall has an astute eye for politics that has yielded terrific pieces about Boris Johnson, Theresa May, David Cameron, and other British leaders she covered for years as a correspondent in London. More recently she has brought that eye to American politics, writing the Abroad in America newsletter during the 2018 midterm elections. Ms. Lyall has also written for various magazines, including Vogue and Vanity Fair, and is the author of The Anglo Files: A Field Guide to the British.
ReConnect Greenwich Library is available to all at no charge through the support of the Greenwich Library Board of Trustees and generous donors.
To purchase a copy of Leadership in Turbulent Times, please visit Diane's Books. A limited number of signed copies are available.
Photo Credits:
Doris Kearns Goodwin: Annie Leibovitz
Sarah Lyall: Mackenzie Stroh