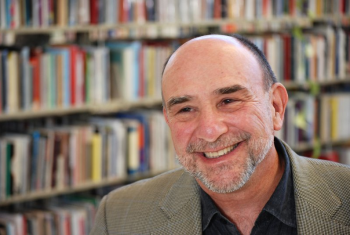 Register for the join link and password.
One of American poetry’s longtime masters of the art, Philip Schultz is a Pulitzer Prize-winning poet and the founder/director of The Writers Studio, a private school for fiction and poetry writing based in New York City. He is the author of several collections of poetry, including Failure (Harcourt, 2007), winner of the 2008 Pulitzer Prize. These poems give voice to failures of many kinds and yet they are full of tenderness, empathy, and heartbreaking honesty, giving equal praise to the joy of life.
His other collections include Luxury (2018), The Wherewithal: A Novel in Verse (2014), The God of Loneliness: New and Selected Poems (2010), Living in the Past (2004), and The Holy Worm of Praise (2002), all published by Harcourt. He is also the author of Deep Within the Ravine (Viking, 1984), recipient of The Academy of American Poets Lamont Prize; Like Wings (Viking, 1978), winner of an American Academy & Institute of Arts and Letters Award and a National Book Award Finalist; and the poetry chapbook, My Guardian Angel (Stein, 1986). He has also published a memoir entitled My Dyslexia (Norton, 2011), in which he recounts his difficulties with the debilitating language disability, and his struggles to overcome it.
Schultz’s work has been published in The New Yorker, Partisan Review, The New Republic, The Paris Review, Slate, and other magazines. He is the recipient of a Fulbright Fellowship and a 2005 Guggenheim Fellowship in poetry. He also received a National Endowment for the Arts Fellowship in Poetry (1981), a New York Foundation for the Arts Fellowship in Poetry (1985), as well as the Levinson Prize from Poetry magazine.
Despite his proficiency with words, Schultz struggled with dyslexia and was not able to read until his was 11 years. Don't miss his incredibly moving story in The New York Times HERE about how he was able to overcome his dyslexia by inventing a new way of reading, and how he uses that method to help others overcome their own learning difficulties.
"I didn’t know that I was to become a poet," he wrote, "that in many ways the very thing that caused me so much confusion and frustration, my belabored relationship with words, had created in me a deep appreciation of language and its music, that the same mind that prevented me from reading had invented a new way of reading, a method that I now use to teach others how to overcome their own difficulties in order to write fiction and poetry."

Worth-a-Listen Interviews with Philip Schultz:
Schultz lives in East Hampton, New York, with his wife, sculptor Monica Banks, and their two sons, Elias and August.
The Poet's Voice series is supported by the Horace E. Manacher Poetry Fund and Friends of the Greenwich Library.