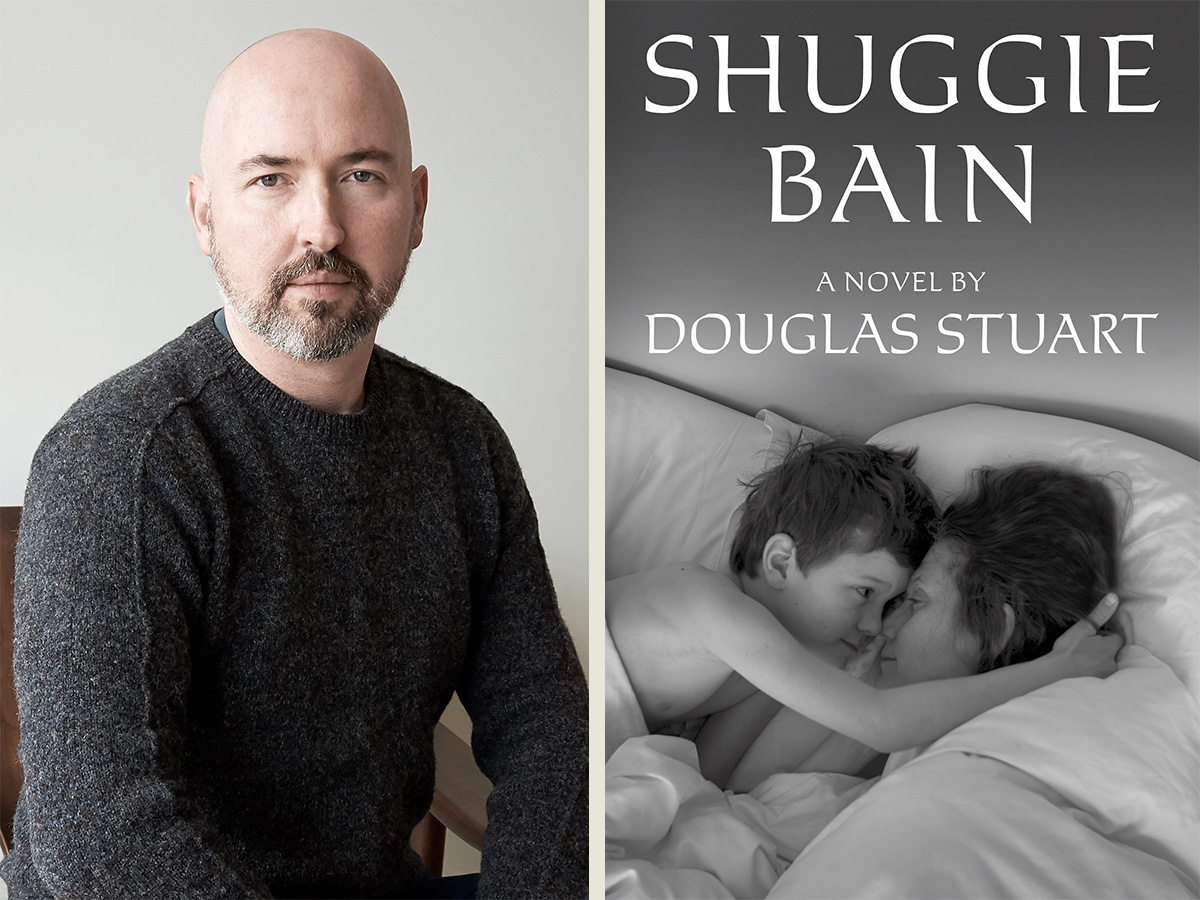 AuthorsLive is excited to welcome novelist Douglas Stuart to Greenwich Library. He will be reading from and discussing his debut novel Shuggie Bain, the unforgettable story of young Hugh “Shuggie” Bain, a sweet and lonely boy who spends his 1980's childhood in run-down public housing in Glasgow, Scotland. Thatcher’s policies have put husbands and sons out of work, and the city’s notorious drug epidemic is waiting in the wings.
Shuggie’s mother Agnes walks a wayward path: she is Shuggie’s guiding light but a burden for him and his brothers and sisters. It is, among other things, the story of Shuggie's intense love for his mother, who is, at times, very difficult to love. His older siblings break free from the situation, leaving him to care for her as she swings between alcoholic binges and attempts at sobriety. Shuggie is meanwhile struggling to somehow become the normal boy he desperately longs to be, but everyone has realized that he is “no right,” a boy with a secret that all but him can see. Agnes is supportive of her son, but her addiction has the power to eclipse everyone close to her—even her beloved Shuggie.
Greenwich librarian Stephen Schmidt created this BOOKLIST of additional recommended books and films that deal with similar themes. If you liked Frank McCourt's memoir Angela's Ashes and Hanya Yanagihara's intense novel A Little Life, you will want to pick up a copy of this book.
Shuggie Bain in the News:
Douglas Stuart was born and raised in Glasgow. After graduating from the Royal College of Art in London, he moved to New York City, where he began a career in fashion design. Shuggie Bain is his first novel.
This event is open to all at no charge. Registration, using the Library's online calendar is highly recommended. Doors of the Flinn Gallery will open at 6:30 pm. Books will be available for purchase and signing through Diane's Books.
AuthorsLive at Greenwich Library is made possible through the support of the Greenwich Library Board of Trustees and contributions by generous donors. For more information, please visit www.greenwichlibrary.org/authorslive.