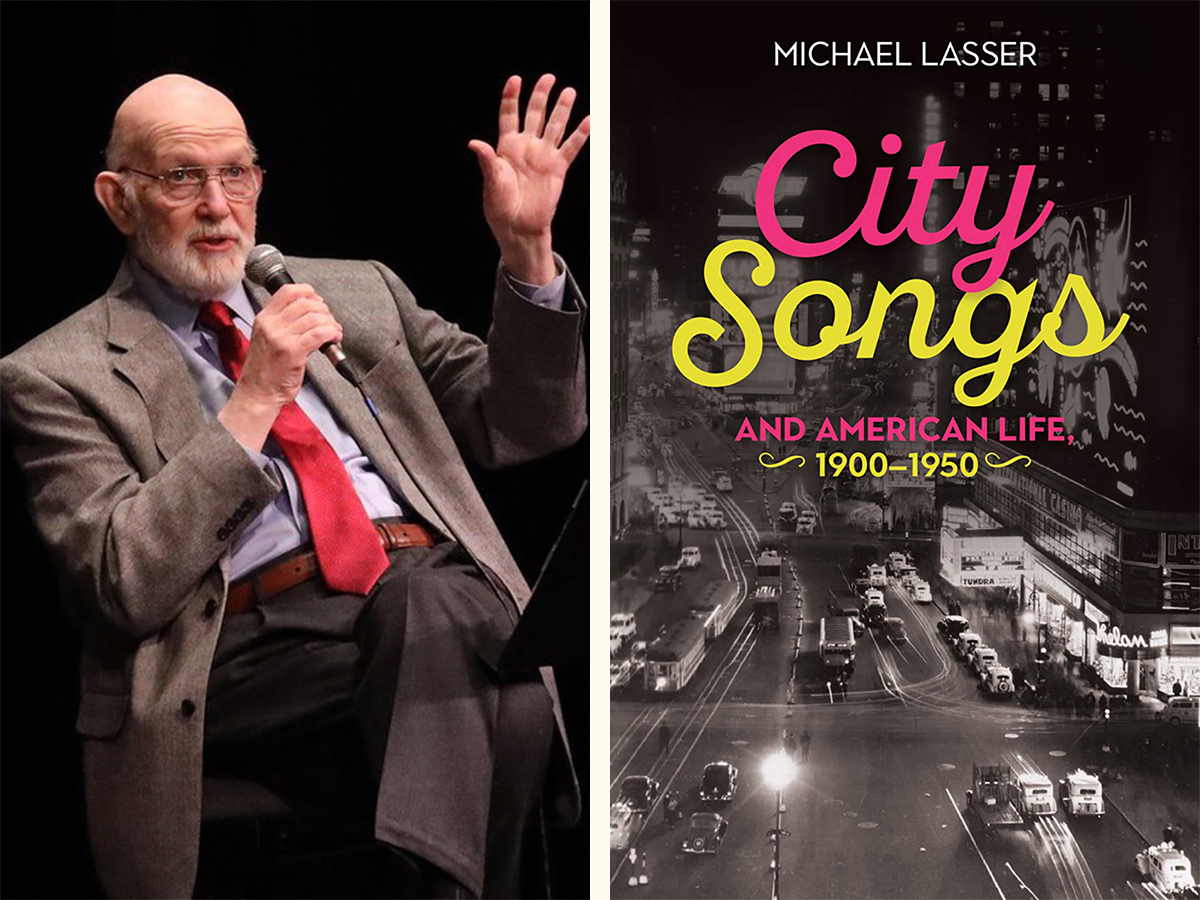 Author and syndicated radio host Michael Lasser will speak about the Great American Songbook tradition. His new book is entitled City Songs and American Life, 1900-1950. Nothing defines the songs of the great American songbook more richly and persuasively than their urban sensibility. During the first half of the twentieth century, songwriter such as Harold Arlen, Irving Berlin, Dorothy Fields, George, and Ira Gershwin, and Thomas 'Fats' Waller flourished in New York City, the home of Tin Pan Alley, Broadway, and Harlem. Many of these remarkably deft and forceful creators were native New Yorkers. Others got to Gotham as fast as they could. Either way, it was as if, from their vantage point on the West Side of Manhattan, these artists were describing America--not its geography of politics, but its heart--to Americans and to the world at large.
In City Songs and American Life, 1900-1950, renowned author and broadcaster Michael Lasser offers an evocative and probing account of the popular songs--including some written originally for the stage or screen--that America heard, and sang, and danced to during the turbulent first half of the twentieth century. Lasser demonstrates how the spirit of the teeming city pervaded these wildly diverse songs. Often that spirit took form overtly in songs that portrayed the glamor of Broadway of the energy and jazz age culture of Harlem.
But a city-bred spirit - or even a specifically New York City way of feeling and talking - also infused many other widely known and loved songs, stretching from the early decades of the century to the twenties (the age of the flapper, bathtub gin, and women's right to vote), the Great Depression, and, finally, World War II. Throughout this remarkable book, Lasser emphasizes how the soul of city life, like echoes in the nation's songs, developed and changed in tandem with economic, social, and political currents in America as a whole.
Registration is not required for this program.