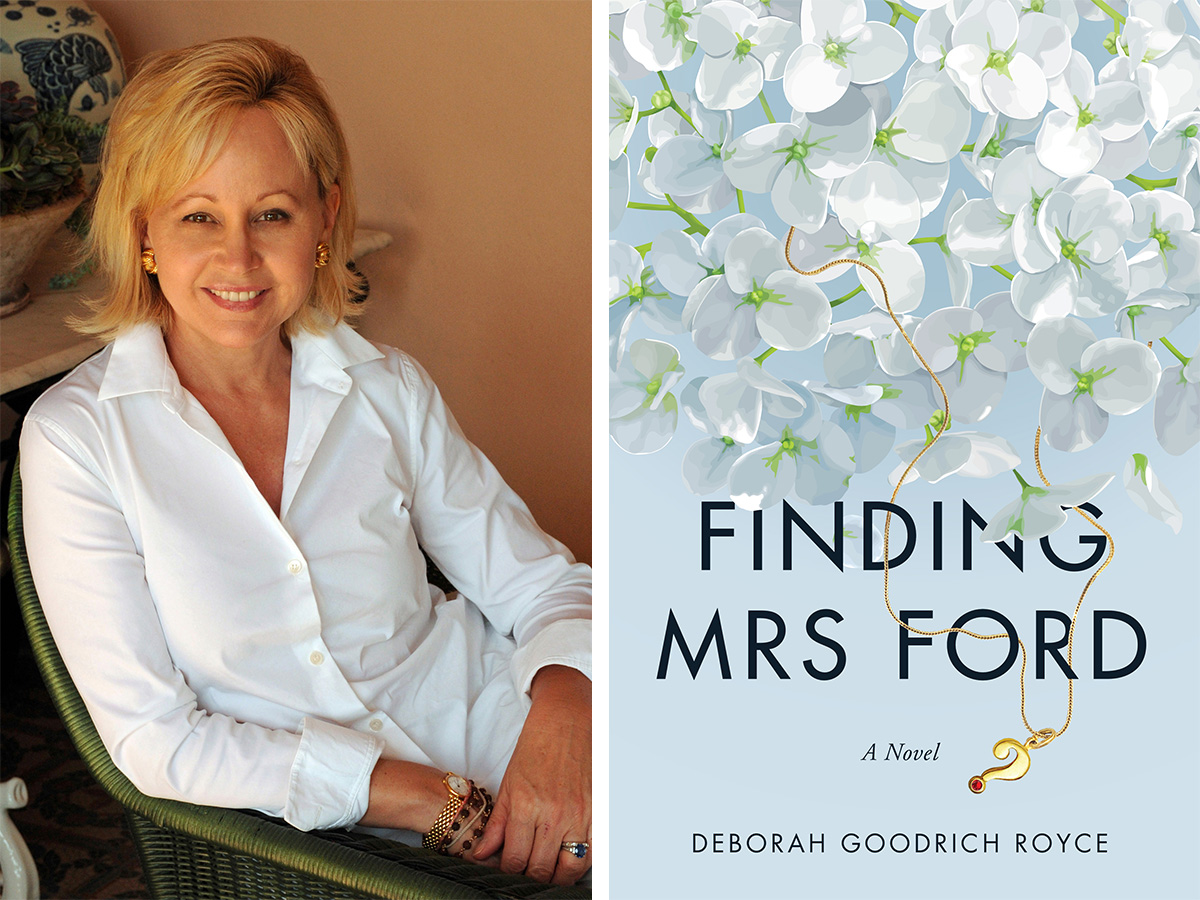 **LOCATION CHANGE: Please note this event will take place in the MEETING ROOM.**
Join us for an evening with author Deborah Royce for a reading and discussion on her book, Finding Mrs. Ford.
Mrs. Ford leads a privileged life. From her Blenheim spaniels to her cottage on the coast of Watch Hill, Rhode Island, she carefully curates her world. Hair in place, house in place, life in place, Susan Ford keeps it under control. Early one morning in the summer of 2014, the past pays a call to collect. The FBI arrives to question her about a man from Iraq—a Chaldean Christian from Mosul—where ISIS has just seized control. Sammy Fakhouri, they say, is his name and they have taken him into custody, picked up on his way to her house.
Back in the summer of 1979, on the outskirts of a declining Detroit, college coed Susan meets charismatic and reckless Annie. They are an unlikely pair of friends, but they each see something in the other—something they’d like to possess. Studious Susan is a moth to the flame that is Annie. Yet, it is dazzling Annie, who senses that Susan will be the one to make it out of Detroit. Together, the girls navigate the minefields of a down-market disco where they work their summer jobs. It’s a world filled with pretty girls and powerful men, some of whom—like Sammy Fakhouri—happen to be Iraqi Chaldeans. What happened in that summer of 1979 when Susan and Annie met? Why is Sammy looking for Susan all these years later? And why is Mrs. Ford lying?
Deborah Goodrich Royce graduated Summa Cum Laude from Lake Erie College in 1980 with a BA in modern foreign languages (French and Italian) and a minor in dance. In 2008, she received an Honorary Doctorate of Humane Letters from the same institution.
Deborah was an actress in film and television for ten years. Her big break came with the leading role of Silver Kane, sister of the legendary Erica Kane, on the long-running ABC soap opera, All My Children. Deborah went on to star in feature films such as Remote Control, April Fool's Day, and Just One of the Guys, television movies such as Return to Peyton Place, The Deliberate Stranger with Mark Harmon, and Liberace, and television series such as St. Elsewhere, Beverly Hills 90210, and 21 Jump Street.
This event is open to all at no charge. Registration, using the Library’s online calendar, highly recommended. Doors of the Library Meeting Room will open at 6:30 pm. Books will be available for purchase and signing at the event through Diane’s Books.
AuthorsLive is made possible through the support of the Greenwich Library Board of Trustees and contributions by generous donors. For more information, please visit www.greenwichlibrary.org/authorslive.